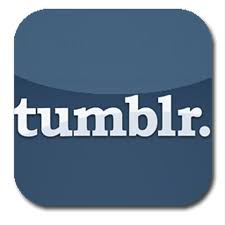 total blog posts. This kind of traffic can make a huge impact on a company’s marketing efforts. If your business isn’t currently using Tumblr to market their brand, it would be smart to join this social network.

So what exactly is Tumblr? Tumblr is not just a blog platform, but rather a social network that includes a blogging platform. Tumblr makes it easy for a company to share their content with millions of users, so you can reach a large audience without spending a lot of time or money. Tumblr allows users to share photos, animated GIFs, text and video with their followers. Your followers can then re-blog posts to share with their followers.

So how can businesses be successful on Tumblr? The first thing to remember is to focus on creating content that people want to share. Photos are the most re-blogged content on the website, but funny posts, informational posts or posts that combine a fact with an image can also do well on Tumblr. Since photos are the most popular content on Tumblr, it would be a great place to share your Instagram pictures with a larger audience.

Tumblr is a platform where you need to be posting frequently. If you don’t plan on updating at least once a day, preferably a few times a day, you might want to reconsider this social network. Since it is so easy to simply share a photo, updating your page at least once a day shouldn’t take up too much time.

Another tip for businesses on Tumblr is to follow your own fans and share their content. Following your fans shows that you are listening to them and what they have to say. It is also a good way to get to know your followers and see what kind of content they are sharing. Then you can model your content after what you know they are already sharing.

Businesses should also remember that not everything they post has to be promoting their brand. You can also post things from pop culture that you know are relevant to your audience. These posts will show that you know your followers and are not looking to simply just advertise to them. Funny pop culture memes and GIFs get hundreds of re-blogs, which allows you to grow the audience that will see your promotional posts.

One thing you should be doing to all your Tumblr posts is tagging them. Tags should be used to categorize your content and give searchers a way to find your content. Make sure you only choose tags that are relevant to the content in your posts, and definitely don’t go overboard with the number of tags. It has been found that between 7 to 12 tags is the right amount of tags to get your posts to show up in a lot of searches. Tumblr can ban your blog if they think you are using an excessive amount of tags, so make sure to stay within this suggested range.

So when is the best time to be posting on Tumblr? Since more than 65 percent of Tumblr users are under the age of 35, you need to be posting when that age demographic is online. It has been found that before 7 am, at lunch time and right before dinner time in the evening are the three best times to reach Tumblr users. You should of course do some testing to make sure these times are appropriate for your audience.

Even though millions of people are on Tumblr, it is likely that your entire target market is not going to be using the site yet. Making your Tumblr content accessible to everyone is something that every business should do. Some ways of doing this include allowing people to subscribe to your Tumblr feed using RSS or an email sign up.

Now that you know the basics of marketing your business on Tumblr, give it a try for yourself! Faster Solutions would be happy to assist you in starting a Tumblr account and creating a social media strategy.

Stay Up To Date

We at Faster Solutions want to take a moment to say...

For being our customer and letting us serve you in business, we wish to thank you. Without you, we wouldn’t be here. We want to extend our sincerest gratitude to you for the opportunity you provide us through the work we are so lucky to do each day.


It’s in each exchange with our customers that we truly understand how fortunate we are to have such a great group of clients to work with.


So THANKS for working with us and taking the time to read this. We hope as you continue through the rest of your day you know how appreciated you are.

Examples of Marketing Accounts Include: