From “octothorp” to “pound sign” to the present day “hashtag,” this little symbol has gone through a lot. Nowadays, it’s hard to look anywhere and not see hashtags. They are on commercials, the news, billboards, and even in our daily conversations. #itsok #idoittoo #nojudgment. Since being implemented on Twitter in 2007, hashtags have revolutionized how we interact with social media.

On a basic level, hashtags are a way to categorize and track topics and conversations. Social media users place the # symbol before a keyword or phrase to categorize and help them show up more easily in a search. From a marketing standpoint, creating unique hashtags can create brand awareness, build potential leads, and help reach various target markets and demographics.

A BRIEF HISTORY OF HASHTAGS

Hashtags have been around since the late 1980s. The Internet Relay Chat, or IRC, used the symbol to mark channels and categorize items in to groups. This categorization made it possible for IRC users to easily search content. Jump to August of 2007, hashtags are proposed for use on Twitter. A few months later in October of 2007, the hashtag # SanDiegoFire helps the movement of hashtags catch on. Although its use rose in popularity, hashtags weren’t officially adopted by Twitter until nearly two years later, in July of 2009. Since then, hashtags have been implemented by Instagram (January 2011), Google + (October 2011), Vine (January 2013), Flickr (March 2013), and Facebook (June 2013).

HOW AND WHERE TO USE HASHTAGS

Using hashtags on various social media platforms will generally increase user engagement – for both brands and individuals. But how you use hashtags on differs from platform to platform. On Twitter, hashtags count towards your 140 character limit. Studies show that Tweets with one or two hashtags have a higher engagement than those with three or more. On Instagram, however, you can go hashtag crazy. Photos with hashtags in the double digits receive more engagement and you can post up to 30 hashtags on a single picture. And Facebook? Well, it’s best to just leave hashtags off of Facebook.

Developing unique and creative hashtags for your brand helps marketing strategies in a number of ways. Hashtags make your social media more searchable and therefore helps to grow brand awareness and potential leads. Hashtags are also a great way to learn more about your various target markets and allow you to track promotion performance. Be thoughtful with your hashtags, though, you don’t want them to backfire or be misunderstood. 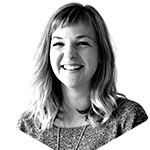 We at Faster Solutions want to take a moment to say...

For being our customer and letting us serve you in business, we wish to thank you. Without you, we wouldn’t be here. We want to extend our sincerest gratitude to you for the opportunity you provide us through the work we are so lucky to do each day.

It’s in each exchange with our customers that we truly understand how fortunate we are to have such a great group of clients to work with.

So THANKS for working with us and taking the time to read this. We hope as you continue through the rest of your day you know how appreciated you are.

Examples of Marketing Accounts Include: